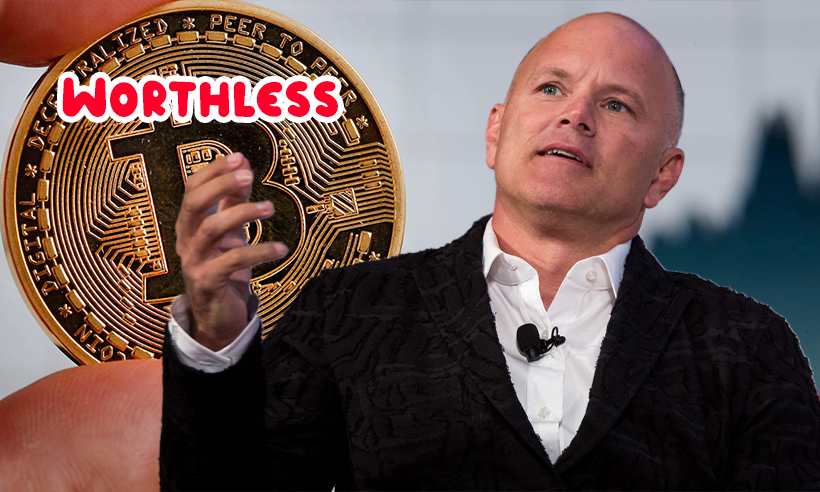 Billionaire investor and long-time crypto bull Mike Novogratz has recently released a statement that said that the actual value of Bitcoin lies majorly in the community that it was able to build. He said that the flagship currency is valuable because people say it has the potential.

Mike Novogratz Says Bitcoin Would be Nothing Without Its Community

The CEO of Galaxy Digital revealed in a live stream on Wednesday with rapper Logic that if governments were not printing money like toilet paper, Bitcoin would be worthless.

Novogratz’s company offers services that are focused on cryptocurrencies to its investors and said that a lot of people come to him and ask him whether he is the CEO of Bitcoin. He said:

“The one thing to remember about the technology, which was cool, is it was the first digital signature you couldn’t counterfeit, and so that meant we could have digital money because it could be scarce. If I said they’re 21 million, they’re only 21 million cause you can’t counterfeit.”

BTC is a Heartfelt Concept

Indicating the limited supply of the coin, Mike described Bitcoin as a profound concept and said:

“You say, well, sounds like a Ponzi, but everything that’s valuable is some form of a Ponzi. It’s valuable because we bring more people in to buy it. It wouldn’t be so valuable if our governments weren’t…just printing the money like it’s toilet paper.”

After witnessing a huge crash in the month of May, the flagship cryptocurrency is changing hands near the $40K mark this week.

In addition to this, it should be noted that the massive sell-off of the coin ultimately led to the loss of around 30% of the total market valuation of Bitcoin.

Sahaj is an aspiring journalist with a keen interest in cryptocurrency and the whole concept of Blockchain technology. He is positive about the future potential of Cryptocurrency and Blockchain in shaping the world of finance for good. At present, he is covering the latest developments in the field of the cryptosphere.