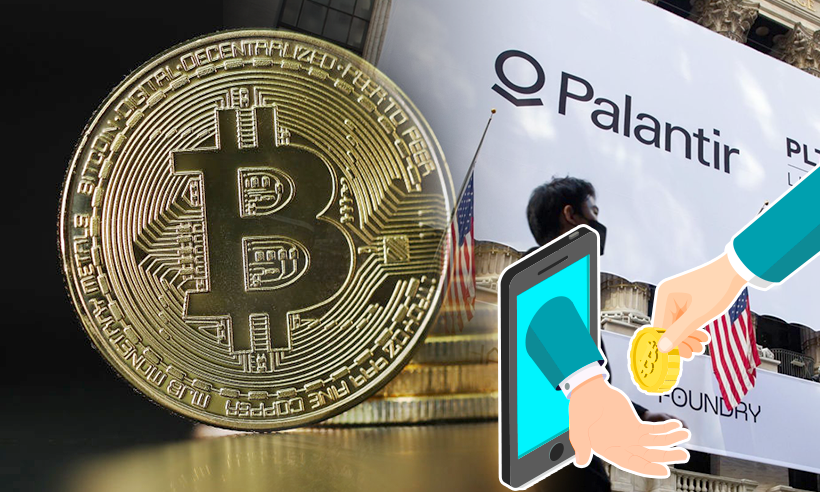 Chairperson of Billion-dollar data analytic firm Peter Thiel of Palantir has reportedly revealed its plans for accepting the first digital currency, Bitcoin as a mode of payment. According to the reports on earnings of Palo Alto firm’s Q1 2021, Palantir reported a $341 million revenue and 49% growth.

The main point to be discussed among cryptocurrency enthusiasts is the company’s take on Bitcoin. In an earnings call, Palantir confirmed that,

“It was considering adding Bitcoin to its balance sheet and accepts Bitcoin as a payment option.”

However, Palantir’s first hint to the move into the crypto space, is not surprising to many, as he is already known for his interest in the crypto-sphere.  As per the recent declaration, Bitcoin can be a “Chinese financial weapon” soon.

Palantir also supports stablecoin Project Reserve Protocol. The year 2021 crypto has proved to be in favor of large companies focusing on alternate modes of accepting payment. As the acceptance of crypto assets has increased tremendously.

Institutional Interest in Accepting Bitcoin as Mode of Payment

From the latest, Tesla reveals its purchase of $1.5 billion worth of digital currency. The electric car-making company has started accepting Bitcoin as an alternate mode of payment from its clients. Other big players, including insurance firms and investment banks, have invested as interest in cryptocurrency growth.

Palantir technology has always been a matter of controversy, which is sometimes described as ‘unethical’. The technology supplies software and analytics tools for a variety of large entities, including the U.S. government and police departments. It currently has 149 customers. the evaluation hit $16.5 billion as it went public on the New York Stock Exchange last September. The share price has shot up since then, with the firm now valued at $30.44 billion.

A student from a technical background, Deepshikha found Bitcoin in 2020 and has been an evangelist ever since. A B.Tech turned into a full-time crypto-writer, she tries to bridge the gap that currently exists between the crypto world and people from non-technical backgrounds, through her simplistic yet effective form of writing. She finds that her writing for cryptocurrencies can redefine the way the audience interacts with the crypto space.